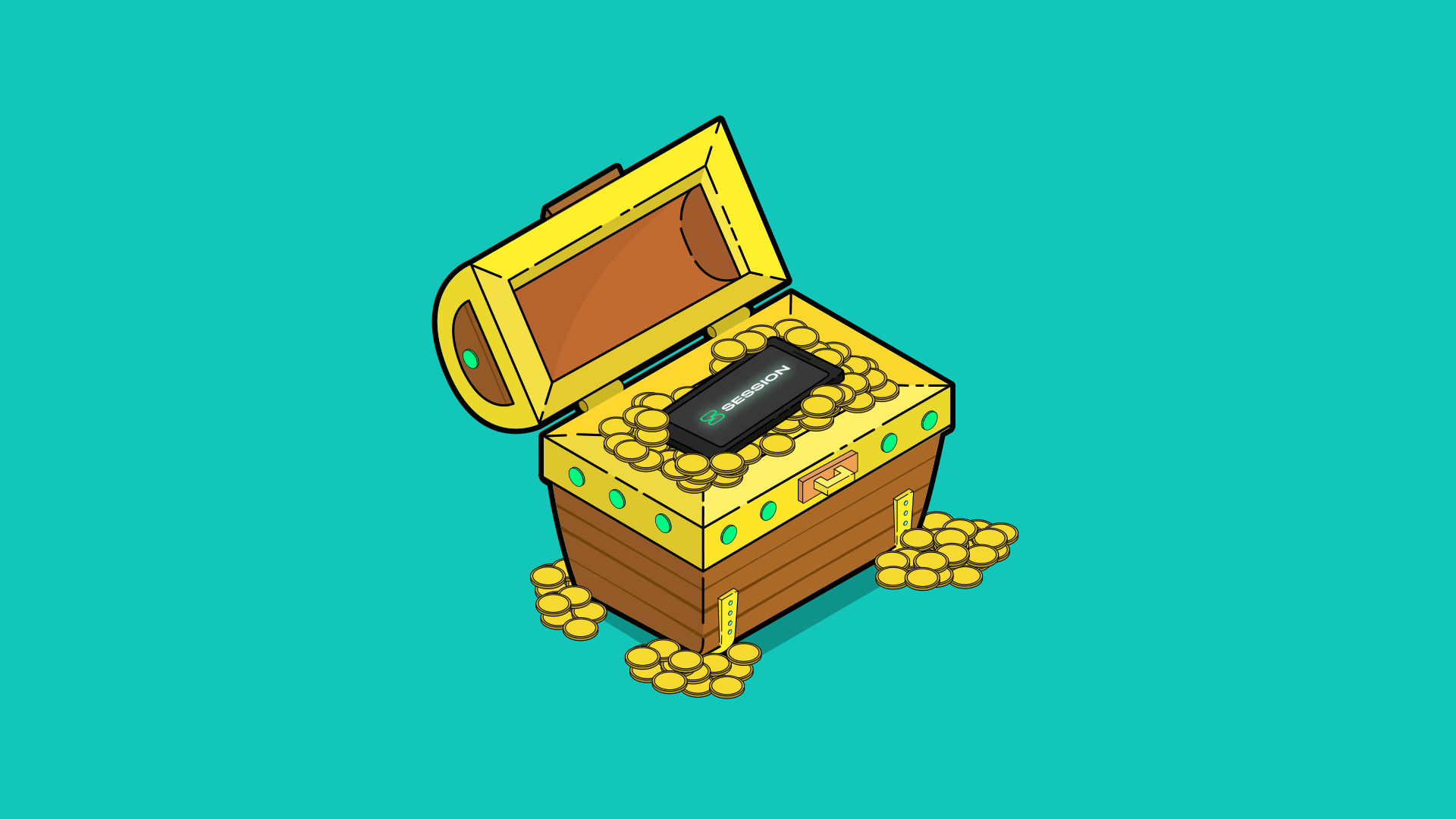 Connecting the Dots: How Session Brings Value to the Oxen Network

Note: Since the publication date of this article we have released our Monetisation Plan, you can view it here.

Those of you who have been following Oxen for a while have watched Session grow into one of the main products — and one of the most talked about aspects — of the whole Oxen ecosystem. But for newcomers in particular, it may not be immediately clear how Session fits into the Oxen ecosystem, and why it’s the project’s most promising development yet.

Put simply, Oxen enables the creation of a unique, decentralised cloud infrastructure perfectly suited to providing anonymous message routing and storage services to end users. Session is the product that leverages this system that end users interface with.

To holders, Service Node operators, and keen observers of the Oxen ecosystem, it may not be immediately obvious how Session actually creates and captures value for the wider Oxen network. The Service Nodes aren’t doing volunteer work: at some point, the network pays for the rewards that they’re receiving, in the form of inflation. And as Services Nodes become more expensive to run because of the potential millions of users that Session attracts, they may start dropping off the network if the value of the Oxen that they’re earning isn’t sufficient to offset their running costs.

Essentially, Session needs to bring value to the Oxen Project — it needs to make money for the network. Session is a product that is being offered to the world for free, and without a monetisation scheme, the people who ultimately end up paying for it would be holders and Service Node operators.

This is exactly why the community and the development team have been discussing monetisation as a key consideration not just for Session, but also for Lokinet. In fact, we’ve been discussing the issue for over a year now.

One of the more obvious solutions to this problem involves passing Session’s operating costs onto Session (and Lokinet) users themselves. This might involve a requirement to own some Oxen, to stake some Oxen, or to burn some Oxen in order to access the services. This neatly solves the monetisation problem. However, requiring prospective users to acquire cryptocurrency (OXEN, BTC, or otherwise) in order to use Session would make the app deeply uncompetitive with the dozens of completely free secure messaging solutions already on the market.

In order for Session to bring value to Oxen without alienating users, we’ve had to design a monetisation scheme that:

In-app advertising would be one potential solution. However, while advertising could be implemented in a safe and fairly decentralised manner, we still wanted to avoid putting ads in Session. We feel that ads would significantly degrade the perceived quality of the app and reduce its chances of attaining mass adoption.

The main proposed method of monetisation is through ONS. Because Session does not use phone numbers or a centralised registration system, it’s a little more difficult to add people than it is on Session’s competitors. You can’t just send someone your phone number or have them look you up by a static name. You either have to copy, paste, and send your public key, or show them your QR code in person. Both of these methods are fine, but there is a lot of convenience that comes with a username system.

That’s why we’re leveraging the Oxen blockchain to allow users to buy privacy-preserving usernames on Session though ONS. By burning a small amount of Oxen, Session users can privately link their chosen username to their public key. They can also update their public key, and add a wallet address to that username should they wish.

Because usernames will be hashed before being added to the public register, Session IDs will remain hidden from anyone who doesn’t know the associated username. ONS will allow people to quickly add their friends while also acting as a form of authentication — proving that a given pubkey belongs to the intended recipient, all the while maintaining the anonymity and security Session is known for.

Because ONS involves burning Oxen, rather than paying a fee to the network, the value captured in the transaction directly offsets newly-minted Oxen created as a part of Service Node rewards. This means that the whole network benefits equitably from this monetisation model.

Further to this, we’re exploring methods that would allow any Session user to purchase ONS names without having to go through the process of purchasing crypto. Buying BTC, using that to buy Oxen, then using that to buy an ONS name is a lot of work, even for someone with crypto experience. Because of the way App Store and Play Store in-app purchases work, we can potentially create a system where users pay for a Session username using Apple Pay or Google Pay, and the OPTF then registers that name on the Oxen blockchain — all without the user revealing any personal details to the Foundation, or revealing any information about the name being purchased to Apple or Google. This is a promising interim measure to make adoption of Session ONS names easier without compromising privacy. Extremely privacy-conscious users will still be able to register names themselves as usual in the Oxen wallet.

This system meets all of the criteria described for the Session monetisation scheme — but is it going to be effective?

We believe so. Running some basic numbers, we think Session has the potential to reach tens of millions of users in the coming years. Our medium-term goal is for Session to have over a million active users into 2021. With that being the case, and looking at some other examples of monetisation schemes similar to this, we think that 8-12% of Session users purchasing ONS usernames is a reasonable expectation. With this as an assumption, at around $10, ONS names could burn as much as $1.2m worth of Oxen in the first year.

Considering these Session username projections, in combination with name purchases for Lokinet SNApps, we believe that ONS will serve as a key monetisation engine for the Oxen network. However, ONS isn’t the only way Session will bring value to the network.

Another key feature that we want to build into Session is an Oxen wallet. With the implementation of Blink, Oxen supports instant transactions, meaning that users can transact using Oxen in the blink of an eye without compromising on privacy, anonymity, or security. That’s a pretty neat thing to have integrated into Session — which is fast becoming a class-leading option for secure and private messaging. We believe that Session users will find uses for the currency in the form of in-app exchanges of value using Oxen. With an Oxen wallet integrated into Session, and Oxen being used for everyday transactions by Session users, value will be added to the network as a whole, as Oxen’s utility as both a medium of exchange and a store of value will increase. This is a slightly longer-term goal. In order for Session-Oxen Wallet integration to have a notable effect on the network as a whole, a significant proportion of the Session userbase will need to be using Oxen for transactions. However, we believe that in the long term, this will become one of the primary driving forces behind the value of Oxen.

Hopefully, this clarifies how Session and Oxen are a match made in heaven — and how Session will be a key driving force in bringing value to the Oxen Project as a whole.