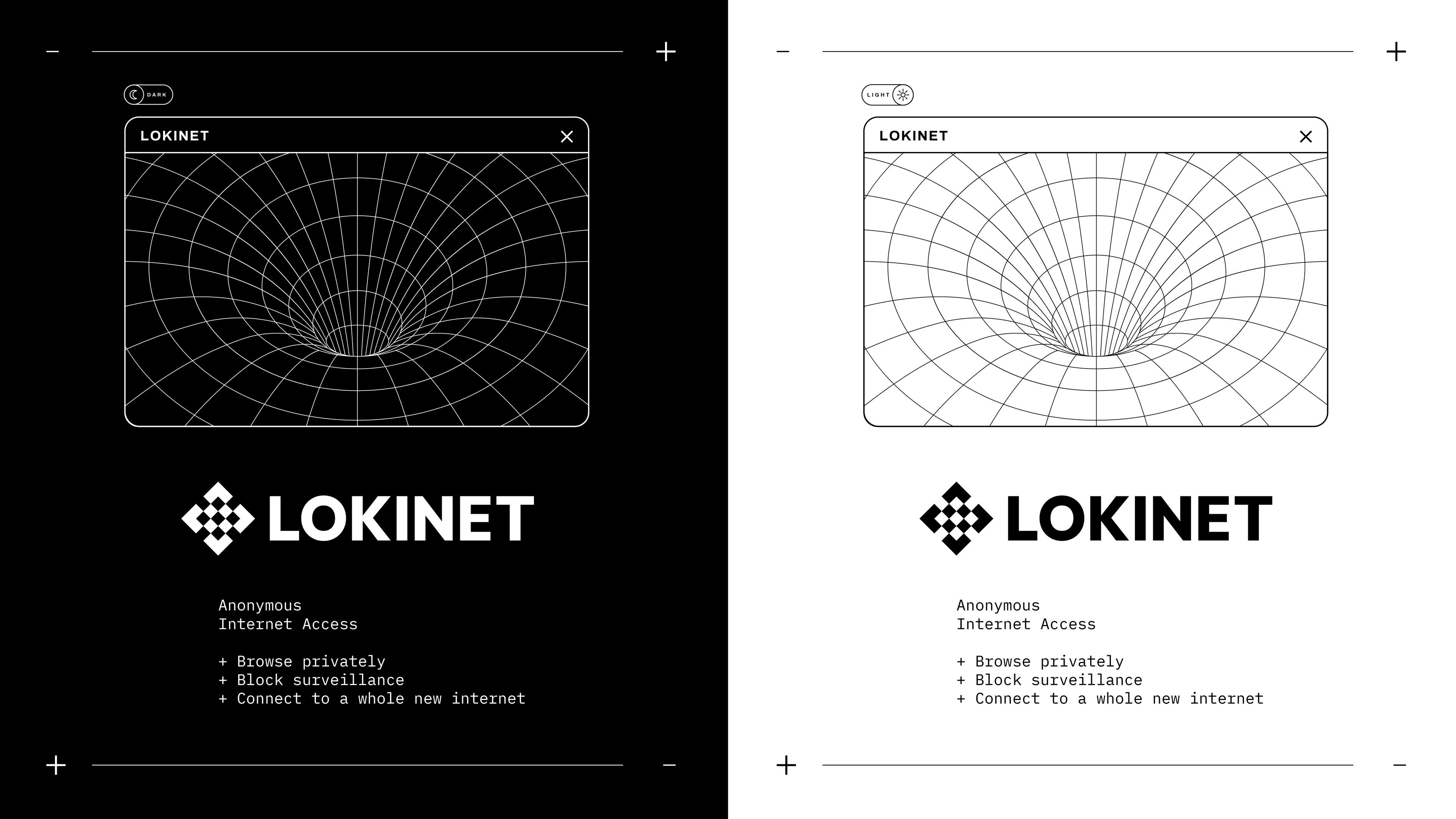 Meet the new Lokinet. Bold in black and white. Pictured are the new light modes and dark modes for the refreshed Lokinet website.

Lokinet has always been the sleeping giant of the Oxen stack. There are some fundamental issues with the way that onion routers have worked in the past. Historically, they’re slow, clunky, and difficult to integrate into normal networking and browsing. But the way we see it, onion routing has so much more potential than booting up a specialised browser once in a blue moon. Onion routing is the future of secure browsing — a better, more complete, more secure version of VPNs. But to achieve that ambition, we needed to build a new approach to onion routing that allowed much more flexibility and versatility.

Lokinet has come a long way since it was born back in 2018, and, well, it’s time for us to refresh its look and feel to match the tech. You’ve probably heard all this before — when we rebranded Oxen and Session. As our tech has developed, so has our ability to create and craft brands to describe all our privacy tools. Now, we’ve got the resources and experience to create a drool-inducing look for Lokinet — much more modern and striking than what it’s rocking at the moment. Now that it has matured so much, we think it’s time to send Lokinet out into the world with a bold new look.

When we rebranded Session, we were mostly thinking about how Session would be used, and used that to inform its visual and vocal styles. With Lokinet, instead we focused on what Lokinet is — a badass, high-speed, futuristic networking protocol.

Lokinet’s new style is heavily influenced by mathematical and computer science diagrams — think things you might expect to see on a Commodore 64, an Atari, or a TI-84.

On that note, everything Lokinet is black and white — not as in frankly darling, I don’t give a damn, but as in binary. One and zero. Right and wrong. Yes and no. Stop and go. Lokinet is all about getting to the point as quickly as possible. It’s high contrast — clear and concise.

Because of all of this, wireframe illustrations make up the bulk of Lokinet’s new illustration style. This matches perfectly with the black-and-white approach, and serves as the perfect canvas for Lokinet to communicate complex concepts about nodes, onion routing, and networking.

Lokinet is still Lokinet — for now, at least. We talked about changing the name from Lokinet, and even consulted the community about whether they wanted a name-change rolled in with this rebrand. For now, the answer is a resounding no.

We like the name Lokinet too, and it’s a great callback to our roots — we might be Oxen now, but we’ll never forget Loki. Keeping the Lokinet name is a nice nod to the people who have been around Oxen for a long time, and we hope it makes you feel as warm and fuzzy about the good ol’ days as it does for us.

Lokinet is ready to meet the world. We’re so excited to share the new Lokinet with you, make sure you go and check out Lokinet’s new website, follow Lokinet on Twitter, and come and chat with us about it all in the Oxen Telegram community channel! Lokinet is about to start making a lot more noise, so make sure you’ve got your ear to the ground on all of the latest developments and, most importantly of all, download Lokinet!