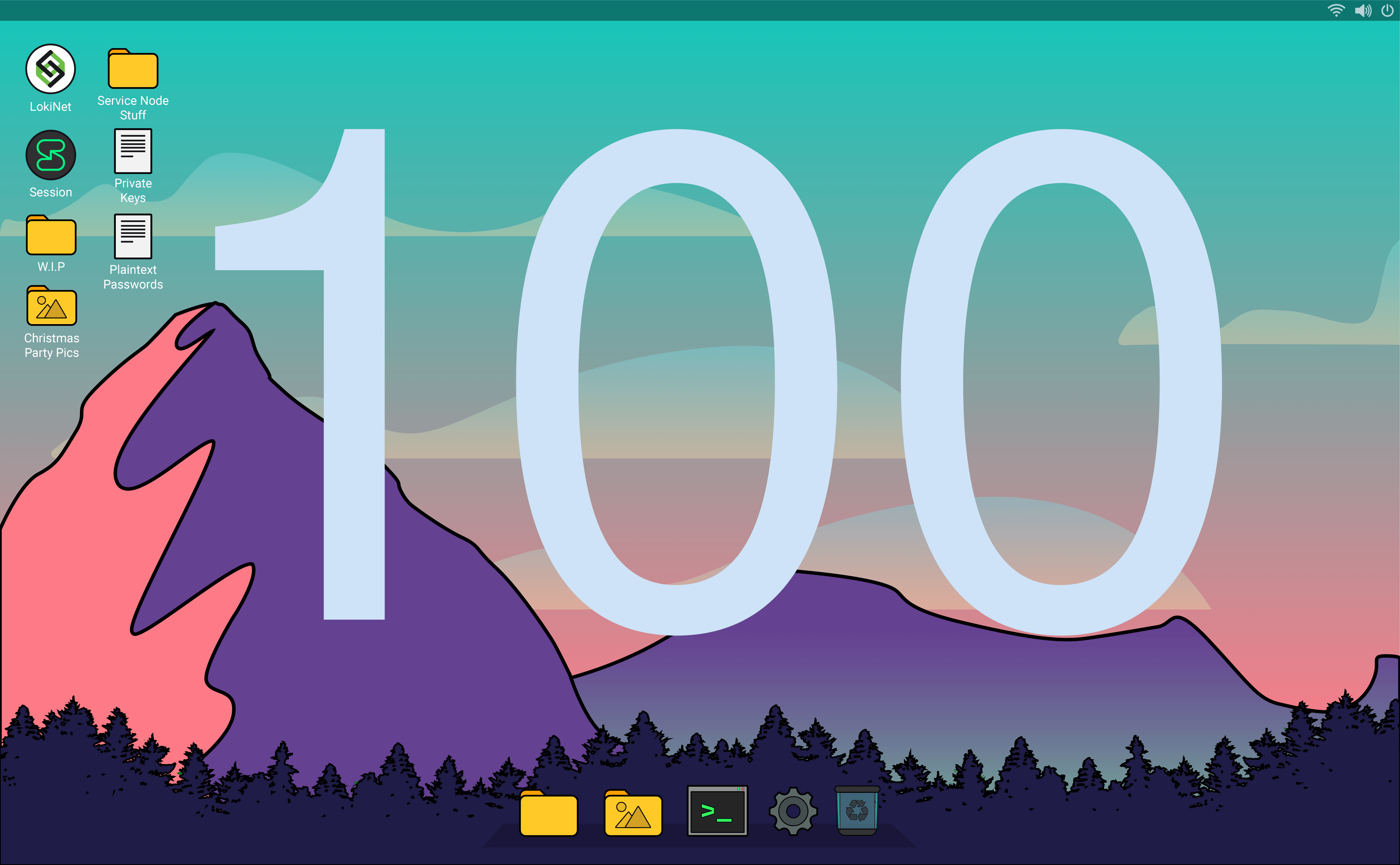 Today marks our 100th Dev update — with no signs of slowing down! This week the Lokinet team continued to dig into an overhaul of the configuration files. The Session team pushed out a big iOS update which should fix many lingering issues; the team has now begun implementing the same bug fixes on Android too. The Loki Core team released a few new patches and dealt with a chainsplit caused by different nodes calculating different difficulties. Overall, a very busy week for our 100th Dev Update!

What went on last week with Lokinet: We’re now finished with the main config file overhaul and we’ve moved on to various small fixes for things that were depending on the past mysterious (undocumented, sometimes broken) behaviour. With the bulk of that out of the way we’re now continuing to look at at Lokinet performance fixes and other various changes for 0.8.A couple other items of note: we’ve decided to simplify the Lokinet code (and configuration file) to only support one single .loki endpoint per Lokinet instance, but we intend to make it easier for people who want to run multiple instances to do so (for example, to host multiple SNApps on the same machine).We have also had some discussions with the Session team, with a couple of goals: in the short term, to produce a special “Lokinet” build of Session that uses Lokinet for all communications; and in the longer term, planning how to bring Lokinet into the mobile builds of Session (in particularly iOS). Though we hope to bring full Lokinet connectivity to mobile devices, doing so introduces a number of obstacles, particularly on iOS: we intend to start with a more limited approach of creating a user-space library that would allow Session to communicate over Lokinet without needing to worry (yet) about implementing full Lokinet connectivity.