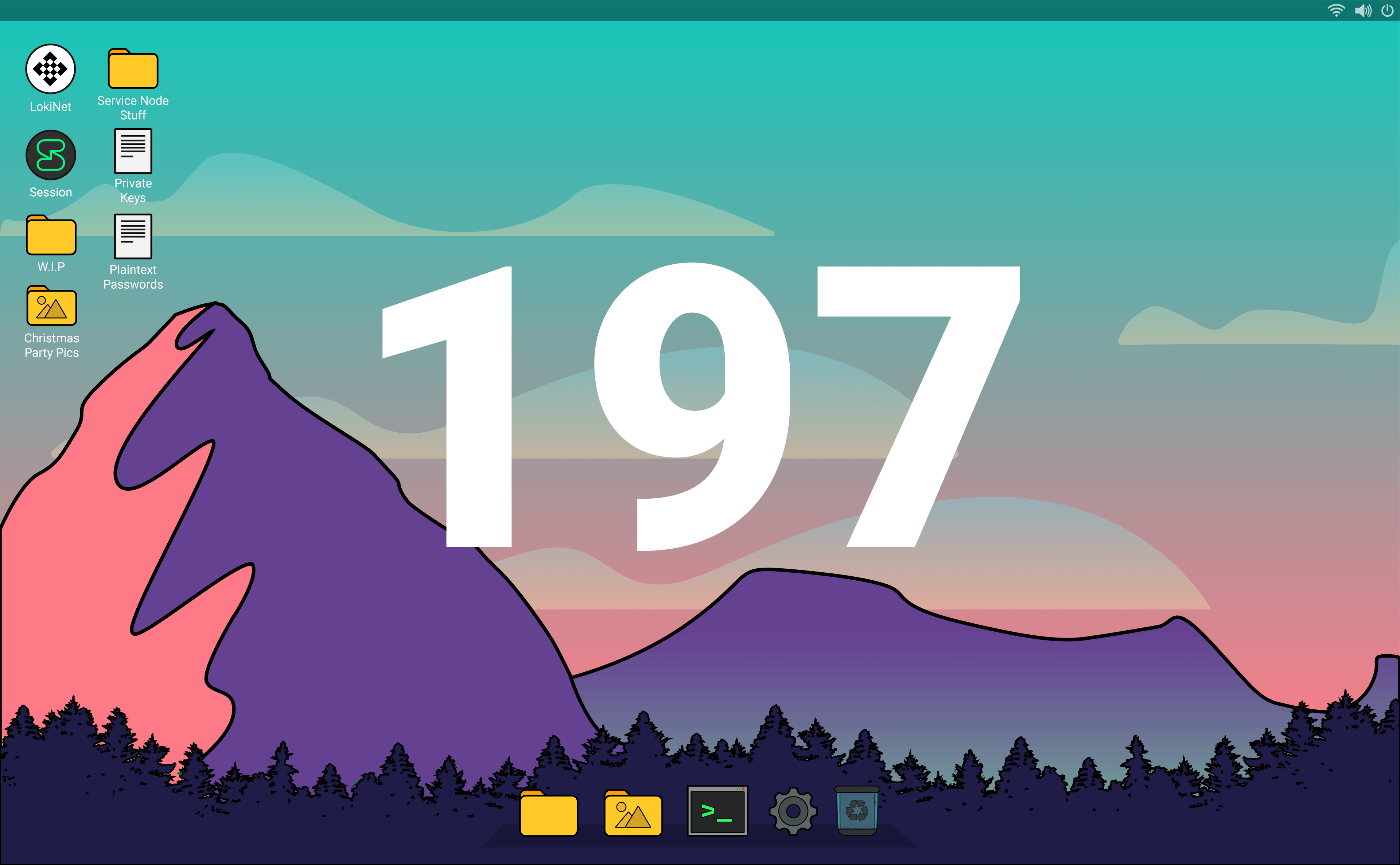 This week the Oxen core team began putting the finishing touches onto hardfork 19, which will enable Service Node reward batching, as well as create a series of staking changes which we’ll discuss over the coming weeks. The Session team have been wrapping up Session ID blinding on Desktop and Android and continued working on performance improvements. There are also some Oxen storage server changes on the way which will affect Session authentication. The Lokinet team is finishing up a new Lokinet release targeted at Service Node improvements which we’re aiming to release in time for the Oxen hardfork.

Smell that? That’s the smell of the entire marketing team slowly recovering from the plague. I’m not gonna lie to y’all, the last couple of weeks have been interrupted by a pretty serious illness which struck down a good chunk of the marketing team. But the wheels are well and truly back on the wagon this week — and we’re back on the path forwards.

We’ve been trying to tap into some new markets through social media lately, with Wes, Cameron, and Tom heading up a project to soft-launch a presence on Instagram and TikTok. Yes — it’s enemy territory for a privacy-focused project, but the audience on these platforms is fertile ground for Session. Last week our TikTok raked in over 3,000 views — a fairly good number considering the resources dedicated to it so far. Meanwhile, Wes and Connor have been working on collecting, tweaking, and updating some of the visually-focused goodies in our graphics library which we can use to kickstart the Session IG.

Overall, socials are still ticking along beautifully thanks to Cam’s hard work — last week we raked in over 270,000 organic impressions (tracking for over a million on the month-to-month) and Session’s Re: Connect EDM clocked in at over 2,000 opens — helping to further promote the blog content from Alex and Wes (speaking of which, check out Wes’ recent article about Elon Musk’s Twitter acquisition AND keep your eye out for more Twitter-themed content this week).

Wes has also been working on re-jigging, revamping, and re-starting some of our ad groups for promoting Session. That has included a strategic and creative review of the existing ad content as well as rebuilding our ads approach to make sure it’s still hitting the right spot in 2022. Here’s a snippet of a video ad that’ll be flashing onto screens near you. 👀

Connor has also been absolutely slaying it with his recent UX and UI work, including designing improvements to open group discoverability, redesigning menus, improving accessibility, and the much-requested Session themes. Here’s a sneak peek at those — keeping in mind these are not final designs.

And just to wrap things up — work on the Oxen marketing plan is continued, but that’s just an ongoing long-term project (hopefully there will be some exciting stuff to share in the near future).