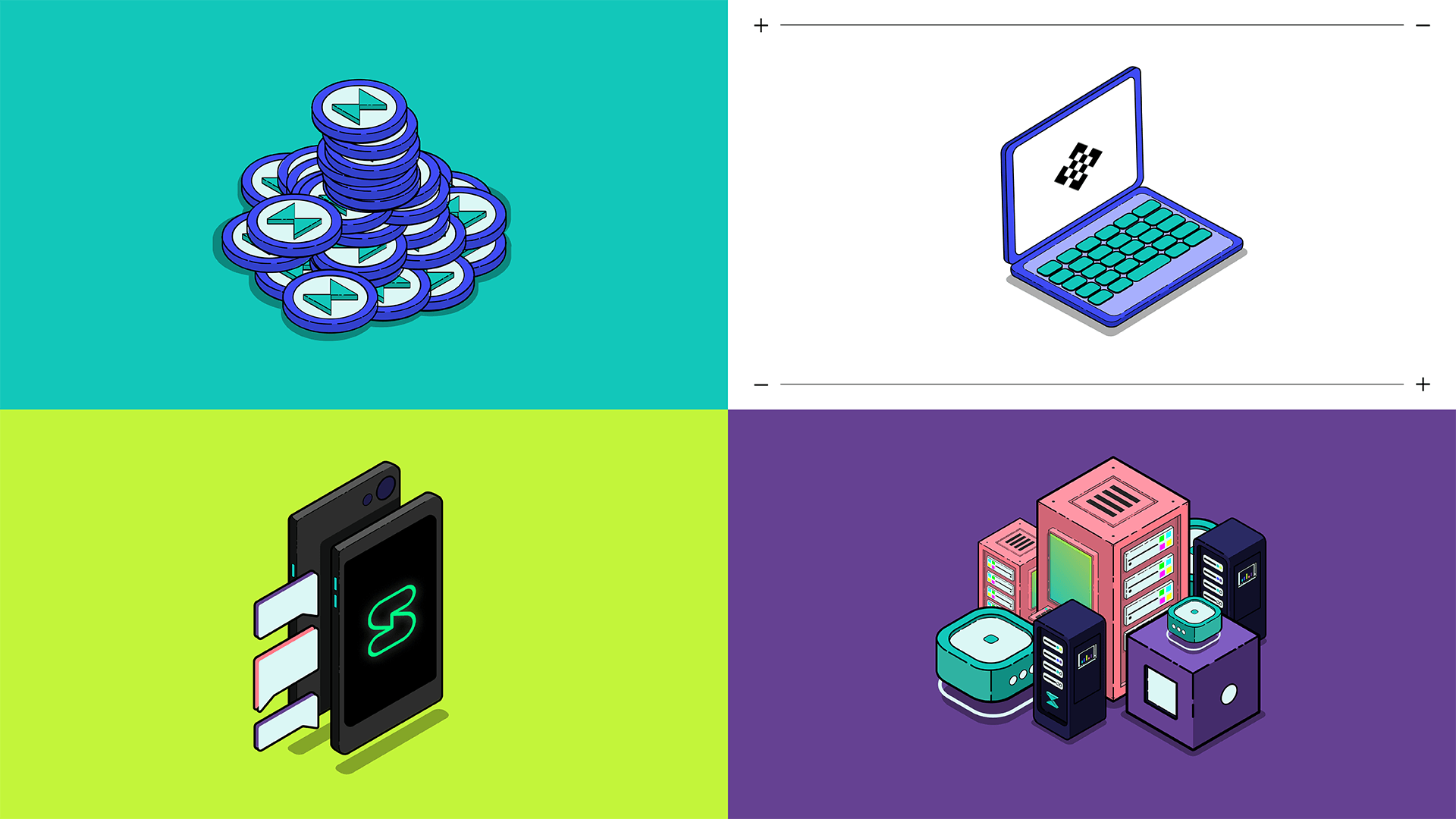 Oxen has products, programmability, and plenty of room to grow.

Come for the FLIP, stay for the OXEN

Chainflip is a project that was incubated right here in the Oxen offices. We are so proud to see what the people over at Chainflip are doing with the project now, and we’re keen as beans to see what kinda awesome things we’ll be able to do in the future. So far, the team over at Chainflip labs has already started paying it forward with a huge allocation of FLIP for our loyal service node operators — and we’re sure we’ll cross paths again not too far in the future. For a lot of people, especially hardcore DeFi degens and other people focused on the world of smart contracts and parachains, the Chainflip Airdrop program was the first they’d ever heard of us.

Even though privacy is our bread and butter, Oxen also has lots to offer in terms of utility, programmability, and automation. If you’ve been around for the entire airdrop program, you might’ve already realised that Oxen is the real deal and decided to stick around. If you haven’t put that much thought into it yet, here are just a few of the reasons Oxen is a project to stay interested in.

It’s a little cliche, but it’s a classic for a reason. Oxen’s fundamentals are as strong as...well, an ox. We have a fully doxxed team with ample years of blockchain experience, years of active development, original and novel products which have already been delivered — they’re not just pie in the sky whitepaper concepts. Every week, we deliver. 156 weekly development updates — over 3 years worth — have recorded every GitHub pull request, every upstream merge, all the tiny bug fixes, and every revolutionary leap forward. We took the incredible foundations built by Monero and added Proof of Stake, instant transactions, and the service node network. And hard work pays. OXEN has consistently weathered even the most devastating Elon Musk tweets, and steadily grown on the back of our number one principle — build.

The service node network was Oxen’s first major development achievement. Years later, service nodes still stand tall as one of our greatest accomplishments — and we haven’t even tapped into their true power. Service nodes are the workers that’ll power the private internet. Of course, if you’ve been a part of the airdrop program — you know all about service nodes. Service node rewards are like clockwork, with over 2,500 OXEN per year being rewarded to every service node at the size of the network at the time of writing. The service node network is constantly growing as more and more people realise they’ve got the opportunity to be a part of a revolutionary private technology infrastructure — and get rewarded. You’re already a part of it — why stop now?

Session is the crown jewel of the Oxen stack. All built on the back of the service node network, Session is fast becoming a major contender in the secure messaging realm. This year, Session rocketed past 100,000 monthly active users — making it one of the most widely used dApps in the world — and it is going from strength to strength as the demand for a hardcore private messenger continues to grow. With onion routing, end-to-end encryption, decentralisation, and more — Session is more security-rich than any other consumer messenger in the world. With voice calls on the way, we expect Session to continue flourishing through the rest of 2021 (and beyond). Of course, Session is a second layer application, so it’s important for us to harness its growing user base for the benefit of Oxen.

You might remember our Session monetisation article from earlier in the year. We’ve been doing even more research, planning, and development to make sure our implementation of Session monetisation is the best it can possibly be. Session already has ONS integration, but we’ve got bigger plans for how Session can bring value to the network. There will be more news on this that we’ll drop later in the year — and it’ll mean big things for the future of Oxen.

Lokinet — even more evidence of the power of service nodes. Lokinet is a next generation onion routing solution that solves a whole bunch of problems that have plagued onion routers since their inception. Lokinet is the fastest and most versatile onion router in the world. Apple recently announced a new ‘VPN’ product which has been likened to an onion router. This could be the future for Lokinet as well. It’s so fast, so secure, and so private, that it could easily corner the entire VPN market with its exit node capabilities. On top of that, with the creation of Liblokinet, Lokinet can be integrated into virtually any internet-enabled application or device in existence.

At the moment, the internet isn’t really a private place. But right now, we’re at a crossroads — we can either work to reclaim the privacy that has been lost, or let it go forever. The numbers say people are going to fight for their rights, and if you agree — it’s projects like Oxen that are going to power the private internet revolution.

Oxen still has room to grow in so many ways. The service node network has been steadily growing for years — now, it’s over 1,800 nodes and over 50 per cent lockup. Session has been growing since its launch in 2020. Lokinet traffic is increasing. Session is gaining users every day. Everything is trending upwards: and we’re still flying relatively under the radar. Oxen is going to the top floor, and if you’re in now — you’re getting in on the ground level.

On top of all this, Oxen has the resources and expertise to incubate more projects like Chainflip, benefit even more from the success of Chainflip, and integrate more and more projects into our privacy stack.

Oxen for the long haul

Oxen has been around for a long time, and we’re going to be around for a lot longer. Some people in crypto are only interested in new toys — but it’s the projects with years of experience and development, like Oxen, that will prosper down the stretch. Not to mention, there are some things that didn’t make this list that you won’t wanna miss out on. Oxen has a solid past, and a bright and promising future.

Over the last year, lots of new people have started paying attention to Oxen. Oxen stands out to anyone and everyone that looks into the project, because we’re exactly the kind of project serious cryptocurrency enthusiasts care about. As blockchain matures and progresses, so will we. Onwards.