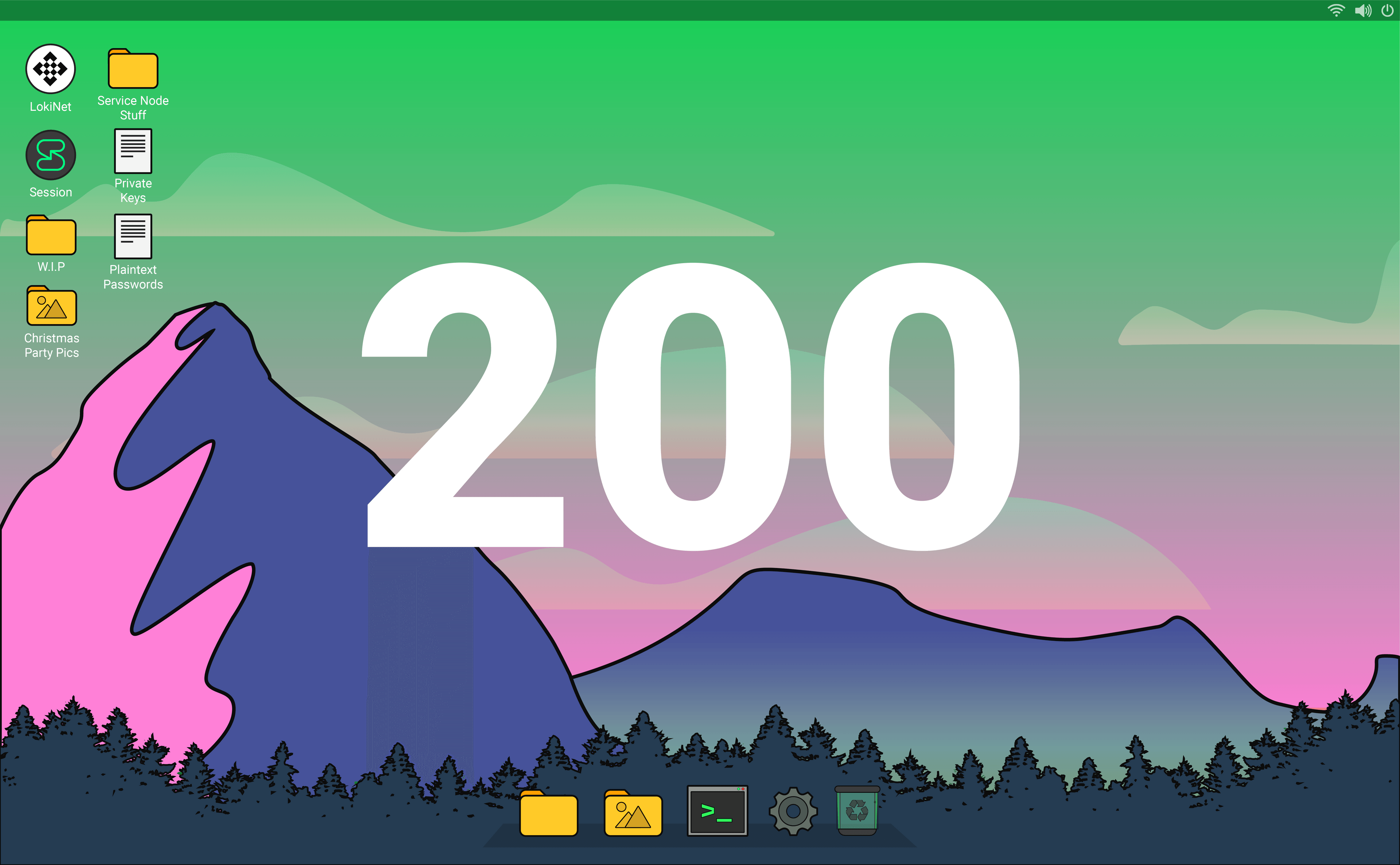 Howdy everyone. This marketing update is a very special one — 200 editions in, almost four entire years of weekly updates. Ever since Kee first had the idea to do weekly updates, I’ve always felt that the dev updates (now lab updates) were such a perfect microcosm of the Oxen values: openness and transparency, consistent effort, long-term dedication and progress. They are a small but important part of the project, and it gives me this warm and fuzzy feeling every time we come up to these major milestones.

With that in mind, I want to take a trip down memory lane before we get stuck into this week’s work. If you're also feeling nostalgic, I was in a video with Kee and Chris reminiscing as well as looking to the future.

Let’s wind the clock all the way back to the start of ‘18. It was a wild time in crypto. ICOs were popping off, more people were joining the blockchain industry than ever before — the amount of energy and growth was truly insane. As some of you  probably already know, Simon, Chris, Kee, and I were all regulars at the Blockchain Centre in Melbourne — organising and attending events all the time. That’s where Loki (Oxen) was born, that’s where we first shared it with the world — here’s a pic from our Blockchain Centre presentation in March ‘18.

A lot of things were different back then — we hadn’t launched mainnet yet, were still building service nodes, we were using a hybrid PoW/PoS, Session was still ‘Loki Messenger’ and wasn’t much more than an idea in our heads.

Fast forward towards the end of ‘18, and we had already made a huge amount of progress — mainnet was launched, service nodes were live on the network, and we were forging ahead on development for Loki Messenger. Our team was still really small back then, and every single win and milestone was felt so strongly by everyone involved in the project.

But things were really starting to build, and although there were lots of party-poppers and celebrations, we were establishing our reputation as a serious, innovation and development-focused project that was going to be around for the long haul — especially against the backdrop of several ICO projects flaming out or disappearing completely.

As 2019 rolled around, we were ready to start sharing our demo of Loki Messenger. That year the Loki team rocked up at consensus with a stall to show off the future of decentralised communication. 😎

Just one problem…Loki Messenger wasn’t exactly, how should I put this, optimised. It was buggy. It crashed a lot. Things didn’t work very well. Every time someone came to try it out we had to cross our fingers and hope it would work. But back then — that’s what decentralised tools were like a lot of the time, so we still made a splash at Consensus and formed relationships and partnerships that are still benefiting us to this day.

The Loki team at Consensus in 2019

Eventually, once we ironed out some of the issues with Loki Messenger, it was finally ready to be released. We didn’t really have an app listing back then — and the listing we did have mostly consisted of warnings that the app might not (probably wouldn’t) work. But Loki Messenger was out in the world — people could really download it and start using it. Unfortunately, things were still very rough around the edges — especially from the design and marketing side of things. We knew that—despite how far we had come—Loki Messenger would never catch on with the style and feel it had back then.

Enter Session. The Session re-brand is probably one of the biggest undertakings ever for the marketing team — and back then there were only a few of us. The Session re-brand wasn’t just about changing the name and design for the app, it was also about positioning Session to find the people who would like, need, and want a hardcore private messaging app.

And three years later,  Session is still benefiting from all of the ground work that we did back then — it is really clear to people what Session is, why they should use it, and the advantages that it offers over other similar apps.

Fast forward again, this time to 2021, and we were rebranding again — this time from Loki to Oxen. Once again, this was a huge undertaking for the marketing team. As much as we loved Loki, we needed something more modern and approachable — and something that reflected what Loki had evolved into.

This week the Oxen core team continued to lay down some finishing touches before the hardfork releases are published. This included some fixes to the way we count the how much Oxen is staked in Service Node registrations, which became an issue when we added the ability to have additional contributors. The Session team has been working on Emoji reacts, which you can see a teaser of here, and Session ID blinding which is just about wrapped. We should also see a new release of Session Desktop and Android this week with additional performance enhancements. The Lokinet team is also dropping in their last fixes before the upcoming network upgrade to ensure that all Service Nodes upgrade to the most optimised version of Lokinet.

Alright welcome back to Josh's thoughts, I spoke a lot about the past up above, so let's move on to 2022 — specifically what the marketing team has been up to this week. Zendesk is set to launch, and Chris P has really been getting on top of the support side of things for Session. Over 85% of the 3,000+ tickets received over the last year (and a bit) were resolved after a single response — which is a huge props to our comms and support teams for building out the documentation, FAQs, articles, and videos that help make it easier for people to understand Session all the time.

Wes’ ads have been going absolutely bonanza. Our ads have received over 600,000 impressions in the last 2 weeks since we re-launched our new ad strategy, with exceptional engagement metrics as well. Props to Wes for all the awesome work he has been doing on the copy and creatives! It is paying off in spades.

Tom and Alex have been working on video content again, with another video dropping from them — this time about phone number privacy. The set is oh so close to completion, and Cam has been dropping some teasers on socials (here’s one ICYMI.)

Alex was also busy getting the comms released for the Session client update (the Wistful Wagyu hardfork will introduce breaking changes for old Session clients). He and Kee got this blog released as well as comms across socials and our community channels.

Tim has also been busy liaising with third party platforms to get Oxen and Session-focused content published. This week included articles in CoinQuora, CryptoNews and investing.com about our calls release, and another mention in this CoinTelegraph article about decentralised messaging apps.