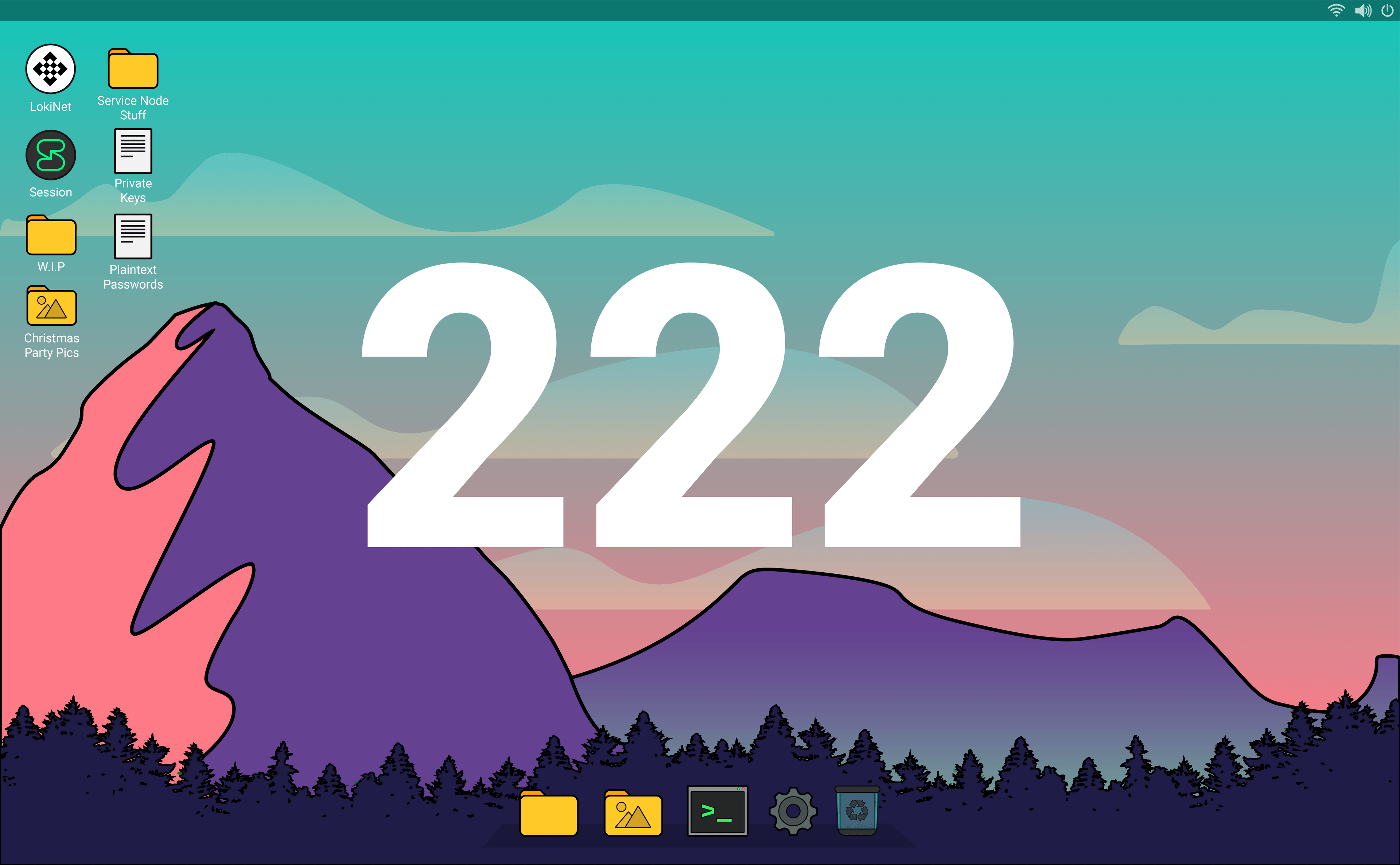 Last week the Session team shipped our theming and menu redesign release! Much of this week was spent polishing that release and fixing any bugs that were brought up, the Session team is moving on to two new tasks, improving the disappearing messages design, and an overhaul of closed groups and configuration message management. The Oxen team finished the work required to take snapshots of the batching database to allow for easier rollbacks in events where the batching database becomes corrupted, and they  began work on a python CLI layer which communicates with wallet3. The Lokinet team worked on adding additional information to Lokinet local endpoints which will allow the Lokinet GUI to better display the state Lokinet is currently in

It’s always a busy week for us in marketing when there is a major release — and this week was no different. Luckily we have implemented good systems with the technical team to make sure we have time to prepare our comms for the release, and everything went off without a hitch. This time around we changed some names: open groups to communities and closed groups to groups. This is a pretty fundamental change to how we talk about Session, and it meant we had a lot of work to do updating things like docs, FAQs, and help desk items. As per usual, we also put together a cute animation to announce the release, a demo video, and sent out the Release Roundup on our blog and email list.

Speaking of which, our email list is growing really well — we now have around 12,000 subscribers.

Following the events in Iran, we spoke to a new partner about upping our localisation game. We want to make sure that Session is well positioned to help those in need in the future, and we will be doing research, having discussions, and making strategic choices to make sure we’re best prepared and most useful going forward.

The OPTF published another two articles in its series on cyber laws and digital rights. This time we hear from Charles Mok about Hong Kong and Amber Sinha about India. The articles have been well received and it is great to have the opportunity to work with and support writers from around the world who care about digital rights.

We have continued ramping up our short-form video content, in the last week we managed to get 4 different videos over 2,000 views on Reels — but it seems like there is something in the algorithm that is preventing us from getting next-level views. We will be doing some more experimenting with formats and algorithm-hacking to try and break that barrier over the coming weeks.

On the Twitter side of things, the Oxen account is gaining momentum as well, so far we’ve already gained as many followers in October as September and August combined. It’s a good sign that our account is still growing—even in the depths of a bear market—and puts us in a good position for when things become more lively again.

That’s all from marketing this week, see ya next time!