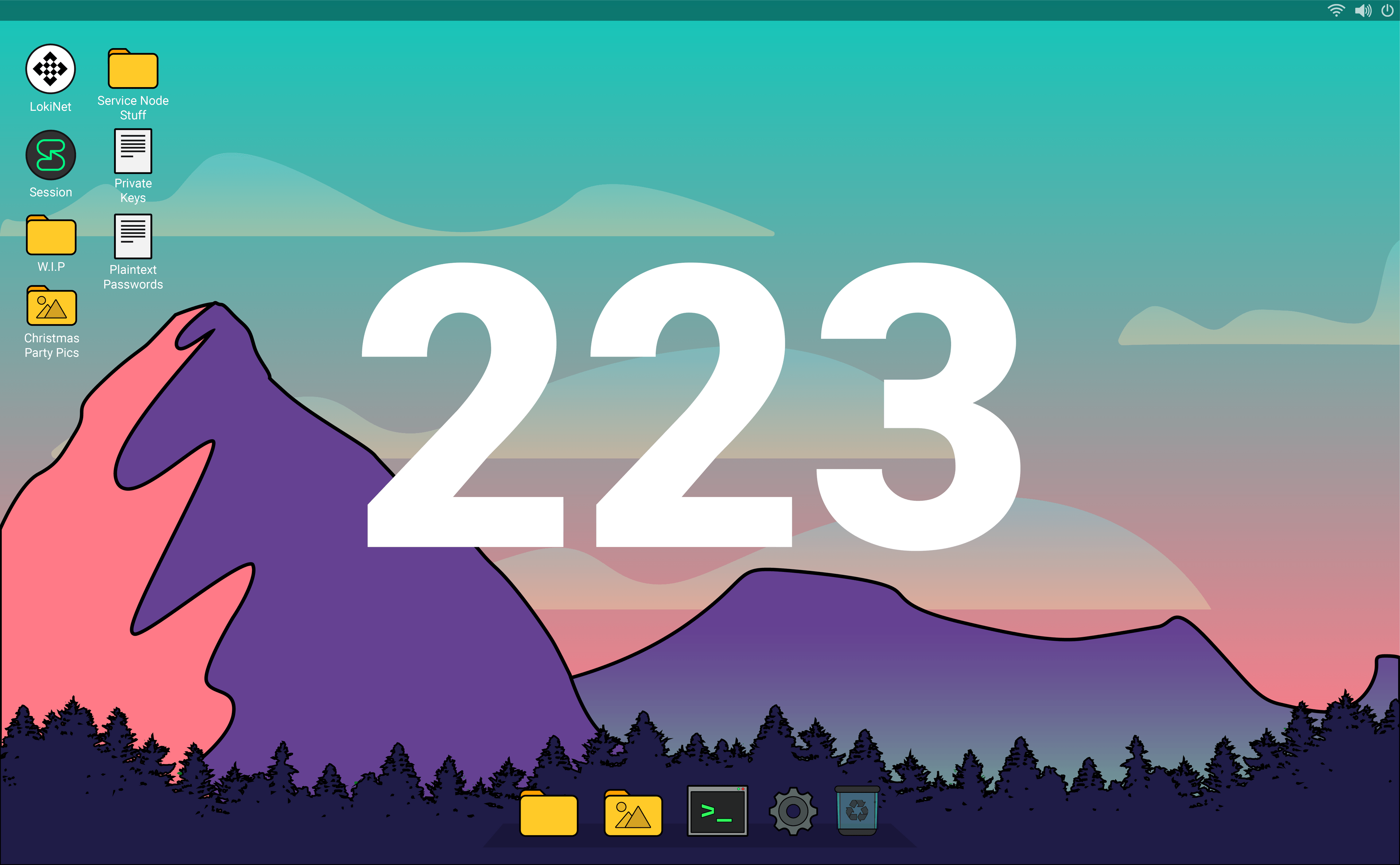 This week the Session team continued their work on refactoring disappearing messages and closed groups, this will continue to be our main focus over the coming weeks. The Oxen core team is continuing to work on the Python wallet3 CLI layer which seeks to emulate current CLI functionality using wallet3 as a backend to fulfil requests. The Lokinet team is getting very close to a release with Windows service code being partially overhauled to fix issues with startups and shutdowns, which are now much more reliable. Lokinet work for Mac is ongoing, but we should be working through the final hurdles very soon.

A little while ago we teased that there was merch being worked on by Connor — and it’s back! It got shelved for a little while because Connor was absolutely flat out with UI/UX work, but he recently finished a sprint and had some time to finish designing and producing some new Session threads for everyone.

I’m actually wearing one of the new hoodies while I am typing this right now… 👀 Although the merch is already in the office, we still have a few more things to prepare before we can release the new garments into the wild. Alex and Connor have been working together to create the storefront for the new items (yes, you’ll all be able to buy them if you wanna rock some Session gear). By the way, we scratched the Session underwear idea — but Tim managed to make some waves on social media.

There is also an exciting easter-egg which will be released alongside the new line of merch. Once again this was the handiwork of Connor and Alex — and they’re super excited for you to see it. Keep an eye out for teasers and releases coming out over the next week or two.

On the short-form video side of things, we are continuing to experiment with Reels. Cam and Wes have been studying hard to try and crack the code of the almighty algorithm. We’ve had a couple of videos crest the 3,000 view mark now, but we’re still aiming for more.

We participated in the WEDF, which was a fun and exciting time. Kee and Alex came together in a fireside chat about Session, Alex gave a talk, and Sam also appeared on a panel. We are excited to see the WEDF grow as an event over the next few years — it was great to be a part of it. If you missed the event, don’t worry — the videos will pop up on our YouTube over the next few weeks.

We have been continuing meetings and planning around Session localisation, as well as continuing after-action analysis of our recent user spike.

The latest episode of the Session Tapes dropped, and we will also be releasing a special episode for Halloween pretty soon. On the topic of videos, Tom has been cross posting everything to our Odysee, and at the moment it is actually growing just as quickly as our YouTube. We’ve already got over 1,000 followers — so if you’re on Odysee, don’t forget to give us a follow there as well.

Tim has continued bringing in big numbers on the Oxen Twitter account, there were 400,000 impressions in the month of October — a 15% increase on our numbers from September.

And last but not least, Connor has been working on some UI/UX designs for improvements to groups.