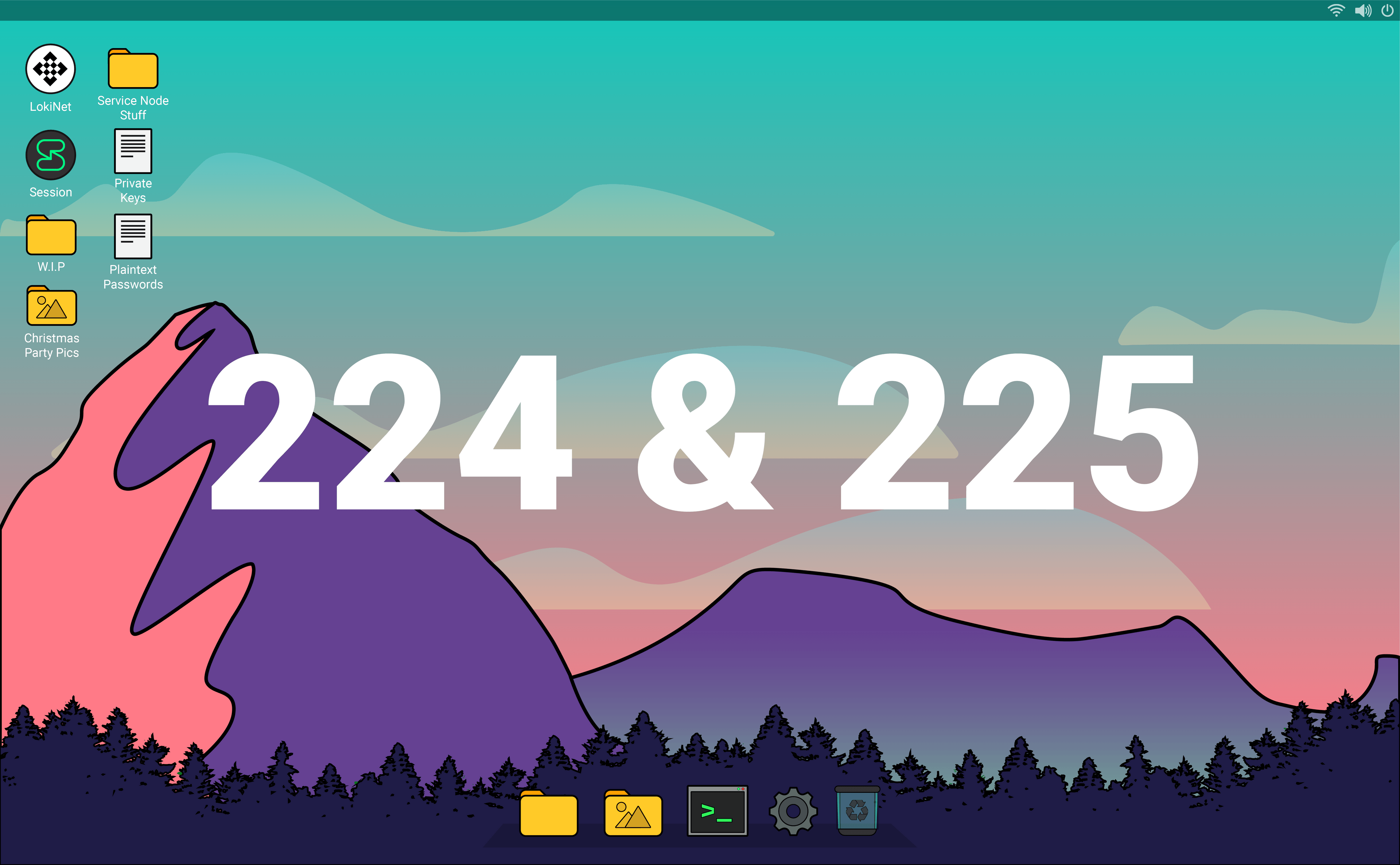 This is a special COVID edition of the Oxen Labs Update which will cover the last two weeks. We had a slight hiccup with processing last week's update as a majority of the marketing team was sick, but we've got lots of news to cover so let's just jump right to it. First off we published a major Lokinet release (0.9.10) which republishes Windows and macOS builds. This required us to spend the last few months completely overhauling the Windows and Mac native platform support, so please try it out and let us know if you run into any issues. On the Session team we continued our focus on changes to disappearing messages and closed groups, both of which are coming along nicely. We also made a few bug fix releases to address iOS and Android issues with theming. Most of the Oxen core team has been pulled onto other tasks like liblokinet or libsessionutil, however we have been continuing our work on wallet3 and hope to have a new optional Service Node release out shortly, which will fix Service Node batching database issues.

Welcome to the marketing update: COVID-19 edition. Unfortunately a bunch of us caught the virus last week, which is why we’ve decided to roll two updates into one. Luckily most of the team has recovered really well and we’re back at it now — catching up on things missed while also working towards the goals we want to tick off before the end of the year.

Last week was pretty quiet, we spent some more time refining our short form video content and social media strategy. We know that consistency is important, but at the same time we’re experimenting with new editing styles, formats, and presenter styles to try and maximise the impact of our Reels and Shorts. If you do happen to be on Instagram, make sure you follow us there and, if you see them, it would be a great help if you interact with our Reels when you see them pop up.

Wes has been kicking goals on the customer support side of things, we are still getting an influx of users—and reviews—from Iran and he has done a great job of responding to them. We also met up with one of our partners who we will be working with to further  improve our Farsi/Persian localisation of Session.

Although a lot of our team was unfortunately wiped out, Tim still managed to hit the nail on the head with this poignant tweet as well as gaining traction with this image. 60+ likes is a really good mark for the Oxen twitter at the moment, which is continuing to gain more attention in spite of turbulent market conditions.

On the video side of things, we pushed out a special Halloween edition of the Session Tapes. We really enjoyed the ‘privacy horror stories’ theme and we’re interested to do some more content in this vein. Compared to the usual Session Tapes format, this episode gave us more opportunities to edit out small clips that can be posted as short form video content.  Let us know what you think of it (and if you’ve got any stories you think we should tell!).

Last but not least, we are inching towards our merchandise release. It has been a little delayed by the arrival of the office plague, but there should be more information coming soon — there could be some Session merch in your stocking this holiday season. 👀