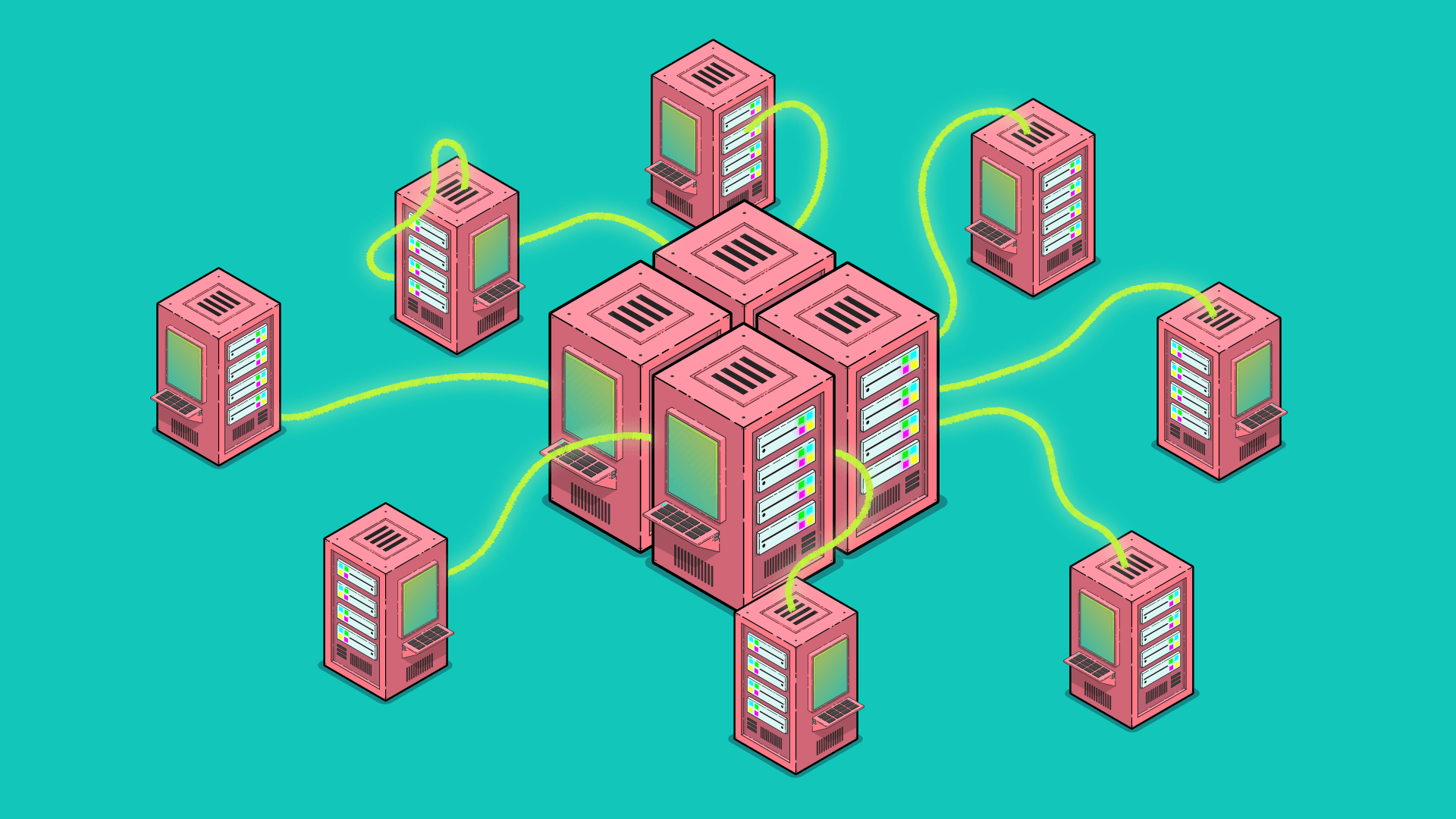 The difference: Power and control

Any system or network is either centralized or decentralized, depending on who controls it.

Centralized systems have a single high authority: a central actor (a person or group) with ultimate control. Only this central actor has power to make decisions and govern the system.

Decentralized systems don’t rely on a central authority; rather, decision-making power is distributed evenly between all participants.

Centralized computer networks are controlled by a central authority who makes decisions on behalf of the rest of the network. Centralized network architecture is typically built around a single server (or cluster of servers) that handles all major processing for the network.

The central server runs an application that manages the network. This server generally has massive computing resources, storage facilities, and other high-end features. Other, less-powerful computers can connect to the central server and submit requests, which the powerful central server can perform.

As networks require constant hardware upgrades and software patches to stay up-to-date and minimize vulnerabilities, administrators find central servers useful because they only need to focus on updating and upgrading a single central computer, instead of having to update every computer on the network. Centralized network architectures mean more convenience and less frustration for network operators.

Examples of centralized networks and systems include Facebook, Google, and government databases.

In a centralized network, all data passes through a single central server — meaning that if that server goes down, computers connected to the network are unable to process user requests. Depending on the scale of the network and the sensitivity of the data, this failure could be catastrophic.

Centralized servers are attractive targets for hackers because everything on the network is stored in, or travels through, this one server. If attackers are able to breach the security of the server, they could gain access to all data and assets stored on (or travelling through) the network. This could include cryptocurrency, confidential information, or personal data.

Central servers can also be ‘bottlenecks’ for the network — if the central server’s bandwidth cannot keep up with network activity, particularly from influxes of concurrent user requests, the network’s performance and stability might suffer.

Instead of relying on a single centralized server, decentralized networks distribute data, information, and processing workloads across the computers participating in a network. This allows for greater ‘fault tolerance’ as the key components of the network are distributed across multiple machines — if one machine goes down, the network as a whole continues to function.

Decentralized networks also make decisions and perform actions in a democratized way — power lies with the collective, rather than with a single authority.

Decentralized networks offer increased system reliability. Because information passes through many different, independent computers on the network, there is no single point of failure. Individual computers also don’t have to rely on a single central server to handle all the processing, meaning less risk of network bottlenecks.

Decentralized networks are more secure, as key components of a system are distributed across the network. There is no single central server for hackers to target; if someone wanted to attack the network, they would need to gain access to a large number of networked computers.

As control and power within the network rests in the hands of the collective, users can place more trust in the system. Collusion to fulfil selfish goals is unlikely to succeed, making decentralized networks ideal for protecting user privacy.

Blockchain-powered cryptocurrency and peer-to-peer transfer platforms are examples of decentralized networks that offer greater resilience and security than centralized systems could provide. Some blockchain networks are built on a foundation of masternodes that work together to produce and maintain the blockchain. Cryptocurrency transactions over such a network require no third-party intermediary, making them faster and less expensive.

Governance and decision-making on decentralized networks can be slow because trying to reach consensus in a large group is more complex than one central authority making autocratic decisions.

Decentralized networks achieve higher levels of security through the concept of redundancy — the assumption that some network participants may become non-functional. However, the network must continue to operate regardless. This can become inefficient in terms of both financial costs and energy consumption, because if network participants fail, they will need to be replaced in order for the network to continue operating at the same capacity.

Another issue is that because decentralized networks lack clear leadership, there is no central authority for users to contact if they encounter problems with the network.

Centralized structures make it easier to upgrade and maintain the network, but present a single point of failure: if the main server fails or gets hacked, the entire network is compromised. Decentralized structures are very resistant to hardware failure and hacking attempts, but require a larger number of participants to be effective, and decision-making can be slower because decisions are made by the collective, rather than a single authority.