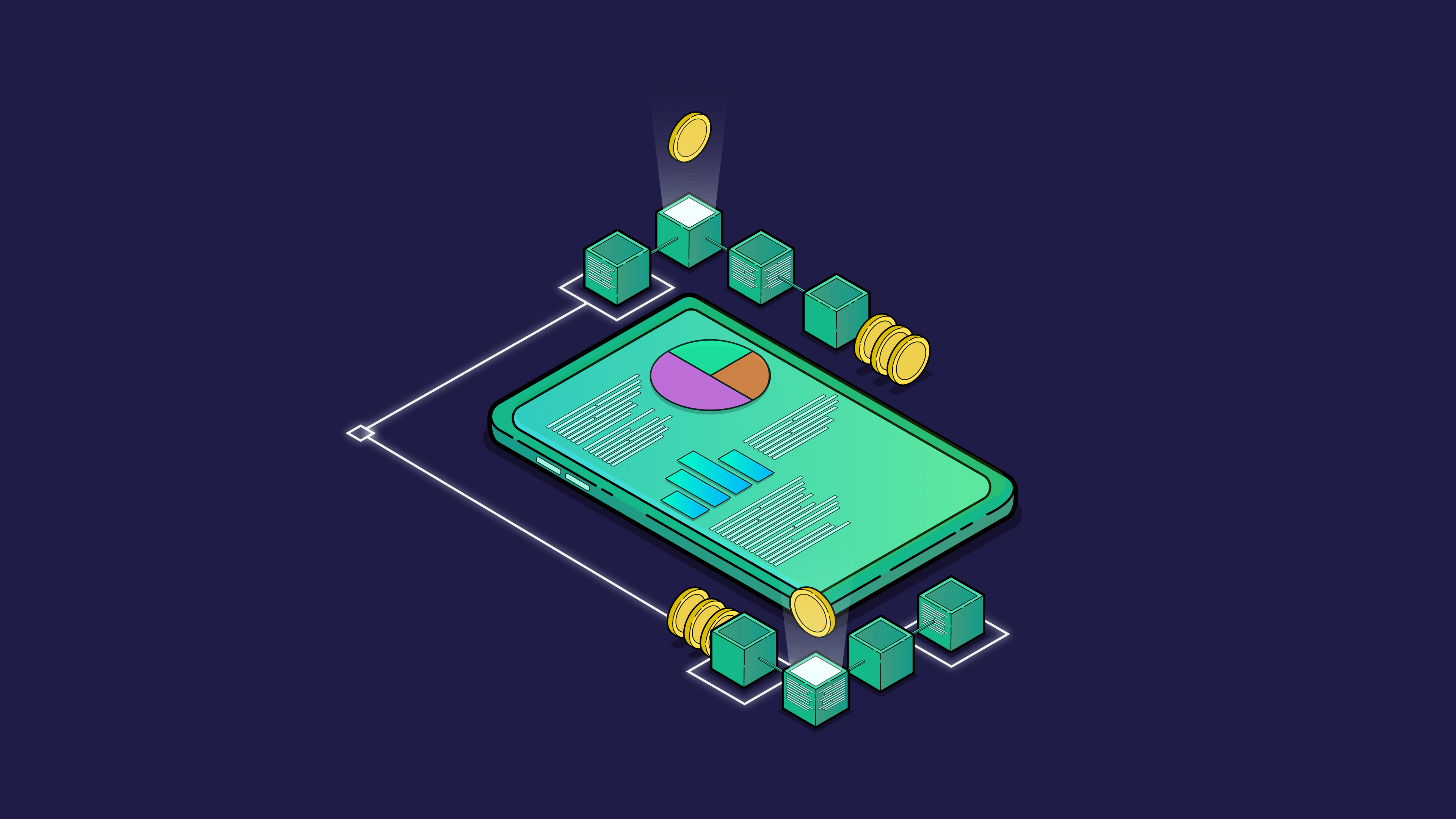 Choosing a Blockchain Project: The Checklist

This article is educational material only. The information provided in this article is not to be construed as professional investment advice.

Choosing a blockchain project to get involved with can be really stressful. There are thousands of different blockchain projects in operation, and it can be hard to tell which ones are worth your time. Trimming that long list down to a handful of options can be tricky, but if you know what information to look for, you’ll have an easier time judging which projects you want to be involved in.

Find out about the team’s background. Do they have previous experience in blockchain tech? What are their backgrounds? Find out if the team has tech, finance or other relevant cryptocurrency or blockchain experience.

Is the team in one location, or geo-diverse?

In the modern globalised workplace, widely spread (geo-diverse) teams are common, but remote work can introduce coordination and reliability issues. A centrally located team may be more productive, and can collaborate more easily. Remote teams are more decentralised — in line with the spirit of blockchain projects — but may be less productive.

Structure of the blockchain project:

Is there an allocation for founders?

Sometimes, founders will allocate themselves a certain amount of the cryptocurrency before launching the project. If there is a founders’ allocation, be sure to check if there is a vesting period. A vesting period means the founders have agreed to lock up their initial allocation for a period of time (usually a few years), to prevent anyone selling their allocation during that time. This shows that the founders have confidence in the project.

Preventing founders from dumping their allocation at launch also stabilises the market — if a founder sells off a large chunk of cryptocurrency at once, this can destabilise the market. A vesting period helps to prevent this.

Is there a dev fee or ongoing founders reward?

Check if the project has implemented a development fee or ongoing founders’ reward. This information, along with the rationale behind it, should be included in the project’s whitepaper (see Whitepaper section below).

Having too much funding might not sound like an issue, but both soft and hard caps should be carefully planned. Both failing to meet a soft cap and exceeding a hard cap can indicate that the project may fail to adhere to other aspects of their plan.

Are they active on social media?

Also check the size of their community on social media — Twitter followers, subreddit subscribers, etc. A larger social media community usually indicates a more active project with more community outreach. But be careful — follower counts and upvote totals aren’t everything. Some projects may buy fake followers, likes or upvotes to appear more active and successful than they really are.

Do followers promote the project on their own accord?

How active is the team’s PR and marketing team?

Read up on the team’s blog, YouTube channel, and other content channels. Are they producing consistent — and consistently high-quality — written or multimedia content? Do they contribute to publications? If the team is positioning themselves as an industry voice, this indicates both the technical expertise of the team and the legitimacy of the project.

Also check the project’s media profile. Has it received media coverage? Was the coverage positive or negative — and why? A project with a positive media profile may already be on the runway to success.

Reviews and opinions of the project:

What have community voices said about the project?

Look into the project’s ICO coverage (if applicable). Did the community react positively to the ICO? Were the terms of the ICO itself reasonable?

What do the experts say about the project?

Read up on professional security audits done on the project, the product, and/or its code. There’s no better way to gauge a project’s commitment to privacy and security than by seeing what the experts think of their work.

Check the project’s website or blog. How frequently does the team post development status/progress updates? Another way to gauge development activity is to check . the project’s Github. How active are the dev team on Github? An active Github can be a strong indicator of a project under active development. If the project doesn’t have a Github, or simply isn’t open-source, this may indicate that they have something to hide — you definitely want to go with a project that’s open-source and transparent.

How often does the project make major announcements or update their roadmap? A project that’s actively announcing new features, milestones or product plans is likely more organised behind the scenes.

The project’s whitepaper contains essential information about the technical underpinnings of the project, but a comprehensive whitepaper can be difficult to read and understand without a background in computer science. Well-written whitepapers should have an abstract or similar summary that may make the key information easier to digest.

In addition to the technical aspects of the project, the whitepaper often contains vital information about the project’s ideology and philosophy, which are important to understand as they guide the direction of the team and the project itself.

Whitepapers may also contain information about the project’s roadmap: future products or key features in the works. This information may also be posted separate to the project’s whitepaper, however, so check out their website and socials.

The whitepaper is also a great resource to gauge the competency of the team and their ability to research and cohesively develop a product. Does it feel like a well-written professional research paper — or just a promotional pamphlet? Tech-focused teams tend to lean more towards academic-style whitepapers, whereas less tech-focused, more marketing-driven teams tend to lean more towards the pamphlet style. A team which puts a focus on tech over marketing may be more agile and able to iterate on their product more rapidly to respond to changing circumstances.

The blockchain project itself:

What are they building?

Consider the aim of the project. Are they building a product? Providing a service? Maybe a combination of the two? A diverse portfolio of products and services increases the value proposition of the project — but a team working on too many products or services can spread itself too thin.

Does the token have a value in that product or service?

Look into the role of the cryptocurrency token within the project’s ecosystem. Does the token have a function within the ecosystem (allowing for masternode staking or data transfer, for example) or does the token just exist so the project can call itself a “crypto project”?

What kind of consensus mechanisms are being used?

What problems are being solved?

Consider the project’s product. Which problems does the product (or service) aim to solve? How important are these problems — and how well does the product or service solve them? A well-pitched and positioned product is likely to gain traction and market share, increasing the sustainability of the project.

Look into the project’s funding. How much do they have? Where did their funding come from? Most crucially, how long will it last? The project should have publicly available information about their burn rate (how much the company spends per year) and projections on how long their funding will last. The more transparent the project is about their finances, the easier it is to decide if they’ll be long-lived enough to be worth involving yourself with.

How does the project stack up to the competition?

Research other projects working on similar products or services. Are these competitors more or less developed? What is their funding like? Essentially, you should work through every point on this list for the competition. Look into them as if they were the project you began looking into — sometimes, the competition may end up being a better bet.

What’s the status of the product or service itself? Is it in closed or open alpha/beta, or is it live for the public to use? A mature product that’s available to the public is a good sign. Check into the project’s code — is it open-source, and has it been audited? As mentioned above, a closed-source project is a bad sign, but a code audit by a reliable professional is a good one.

Look into the details of the cryptocurrency token itself. Is the total supply fixed, or infinite? If it’s fixed, how low or high is the fixed supply? The project’s whitepaper or cryptoeconomics paper should contain valuable info on the liquidity and availability of the coin — coins with low liquidity are vulnerable to market slippage when buying. The cryptoeconomics paper should also provide information on emission rates and future plans for changes to the token.

Was there a premine?

A premine is when the project mines a portion of the cryptocurrency prior to launching the coin. Proof-of-work (mining-based) projects often premine to pay for early-stage development and marketing efforts.

Traditionalist or purist crypto projects like Monero do not like premines; they believe premines are unfair cash grabs by the founders.

If there was a premine, check the project’s premine report for information on why the premine was necessary and what was done with the premined tokens.

What platforms are supported?

A project with cross-platform wallet support will achieve wider adoption more easily than one with limited platform support. Look for a project that’s committed to supporting the full range of platforms (Windows, macOS and Linux on desktop, Android and iOS on mobile).

What features does the wallet support?

TL;DR: How to choose a blockchain project

There’s a lot to consider when picking a blockchain project to be a part of. But if you do your research, and look into all the factors and facets described above, you can be more confident you’re picking a project that’s worth your time. There’s no quick way to pick the right project — if you want to be one hundred percent certain you’re going with the best option, there’s simply no substitute for doing your own research. And, as the saying goes, anyone who tells you otherwise is selling something.